Today, my sweet little boy is two. It amazes me just how fast time goes because in my mind there is no way that my sixth son is already two! It doesn’t seem possible that this feisty, bouncing, ornery toddler has only been apart of our lives for two years. It doesn’t seem possible I’ve only known his awesome silliness and his strong love for a mere twenty-four months. I feel like Squirt has always been apart of our lives.

Squirt has probably changed our family more than any of our other children. I’m not saying he’s more important or that he is better or worse, he has just changed us. He’s changed the way we have had to communicate with each other but in no way has his hearing held him back from anything. He is also our first real preemie (Sketch was three weeks early but still considered right at term) and we have had to adjust his age and expectations for that (though he always superseded where his actual age us). He’s not a hard child to parent per say, he’s really good at understanding what we want him to do but he’s equally amazing at pretending to not see us signing to him. I mean when your are deaf you can just turn your head and obviously that means mom and dad are done talking…right? Well, when you’re a deaf toddler it does and boy does he use that to his advantage!! He’s such an ornery guy too. He has this infectious evil laugh and upon hearing it you know he’s up to trouble and smacking his brothers in the face places him immensely. (Granted, this isn’t entirely his fault as THEY initiated it!) 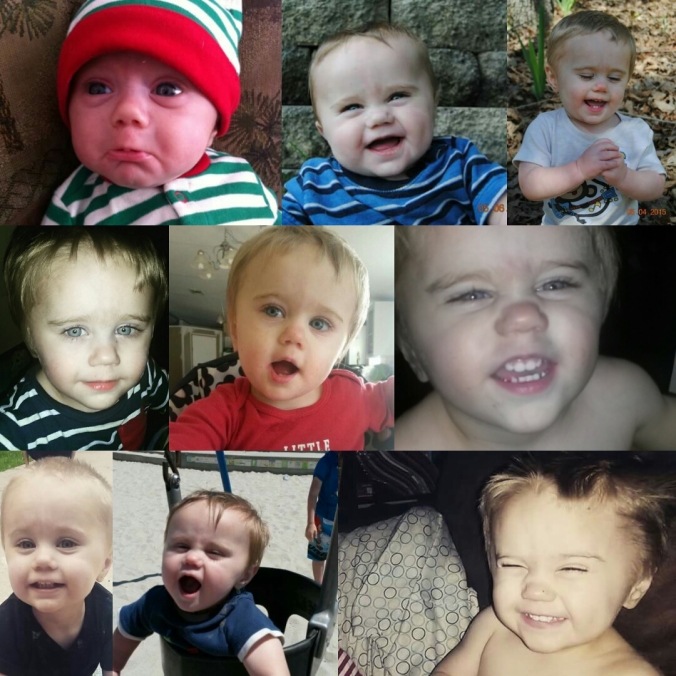 He is such a loving little boy though . He hugs and kisses all of us DOZENS of times a day and it slightly thrills me to say he’s a mama’s boy…though he loves his daddy too. This little boy melts by heart! I cannot wait to see what mischief awaits him as he grows!